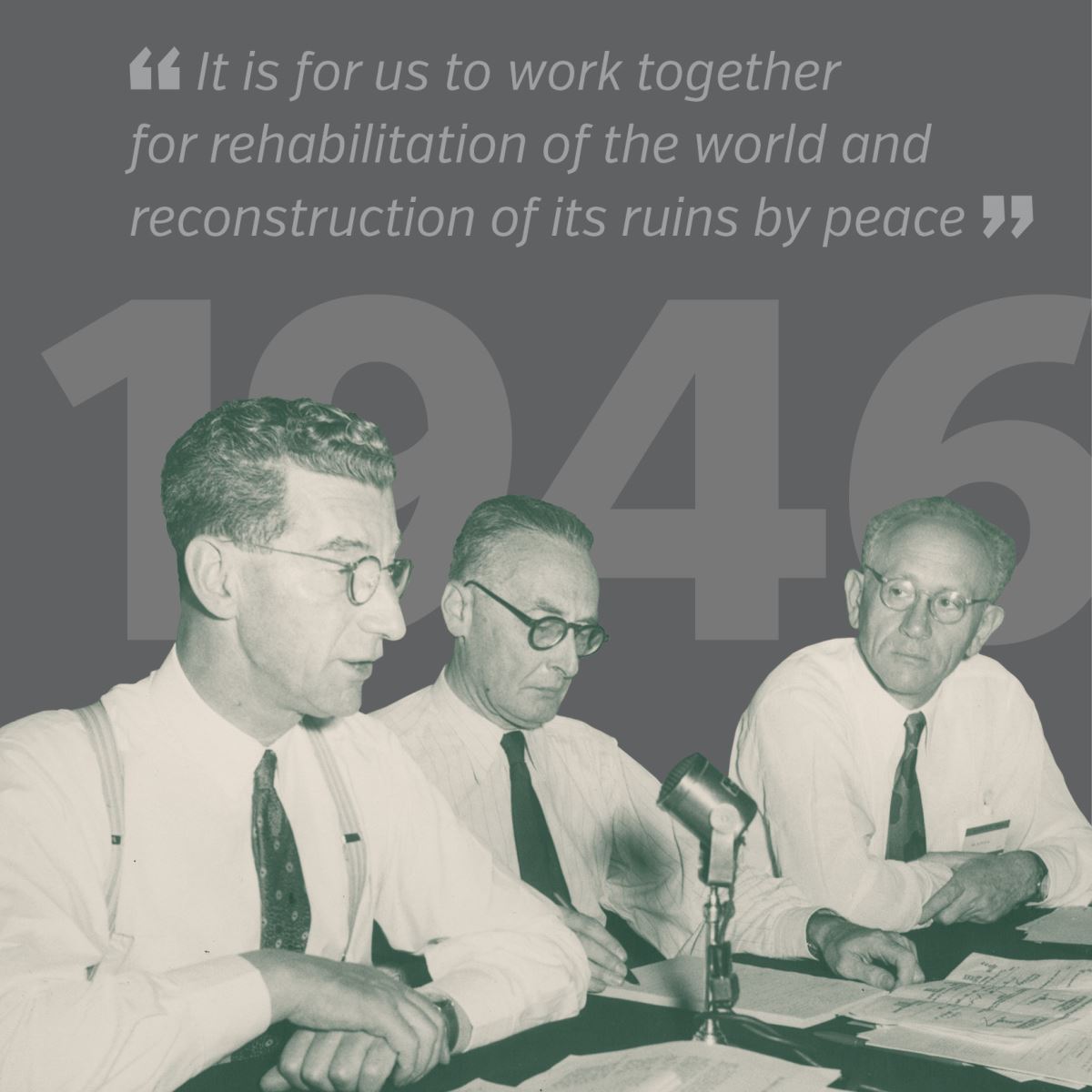 The full text of the 1946 Paris Opening Session Speech by Ernest MERCIER, CIGRE President 1933-1948 is below. It is worthy in these times to review history…

Our great family of CIGRE endured a Session in 1939 whereby “heavy storm clouds already threatened the world.” [Quotes from 1946 Opening Session by Ernest MERCIER]. “They burst with the implacable fury of a world-wide cataclysm.”

For CIGRE’s 25th Anniversary, delegates called for a great Session in 1946. To the delegates, “you have eloquently answered by easily beating all your previous records, for today there are 950 [delegates] registered, thus showing your impatience to resume those trusting and warm contacts of which you had established the tradition, like the members of a single great family dispersed all over the globe.”