On September 18, 1820, the French scientist André-Marie Ampère presented his first reflections on the equivalence between magnets and currents at the Paris Academy of Sciences.

This intervention followed the reproduction in front of this same academy, a week earlier, of the Danish scientist Hans Christian Oersted’s famous experiment during which the compass needle deflected when approaching a conducting wire connected to a Volta-type battery. At the time there was still no discussion of ‘electric current’ and it was André-Marie Ampère who first clearly distinguished between the notions of current and voltage.

While Oersted was content to observe the phenomenon, Ampère devoted all of his time and energy between 1820 and 1826 to the experimental demonstration of his intuitions and mathematical electrodynamics modelling; at least all the time he had considering professional duties as Professor of Analysis at the Ecole Polytechnique de Paris and the university’s General Inspector, as well as his family and his health permitted.

André-Marie develops incredibly ingenious experiments. He invented several devices of magnetized needles (called astatic needles) that could cancel the influence of terrestrial magnetism, allowing him to show that the interaction force due to the current is perpendicular to the conducting wire in the absence of terrestrial magnetic field. It highlights the forces of attraction between two conductors carrying currents in the same direction and the forces of repulsion when carried by currents in opposite directions. 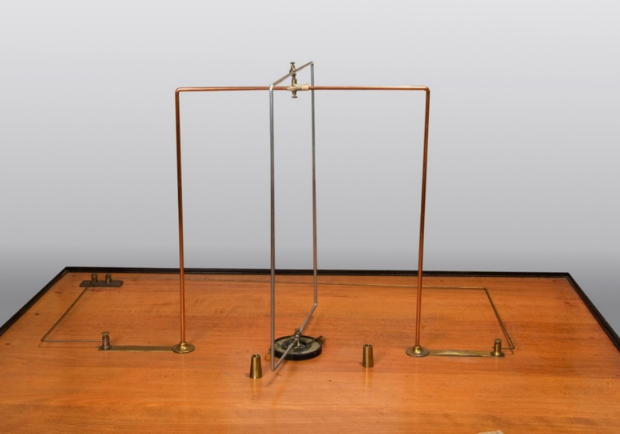 He defined the conventional direction of the current outside the battery and invented the observer's rule on the wire to predict the magnetic needle’s direction of deflection, now known as the "man-of-Ampere" rule. 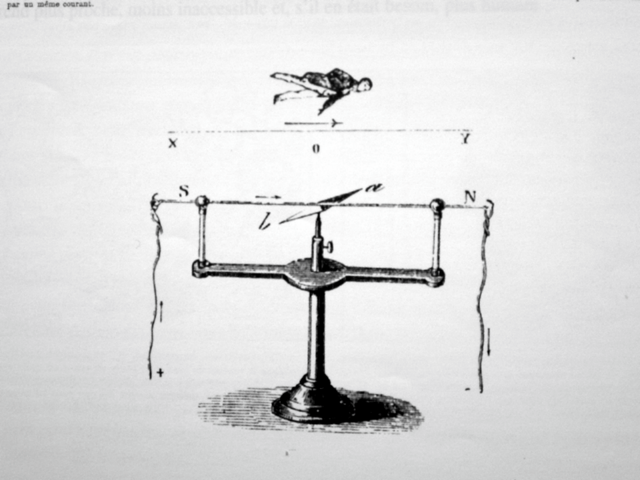 It showed that turns, spirals, and helixes of conducting wire connected to a battery behaved exactly like magnets, orienting themselves in the earth's magnetic field and attracting or repelling each other. This confirmed his intuition of the unity between magnetic phenomena and electric currents. He attributed the existence of magnetic phenomena to the existence of currents inside magnets, including terrestrial magnetism. The foundations of electromagnetism had been laid. By placing, with the physicist Arago, a soft iron core in the centre of a helix, which he baptised solenoid, he invented the temporary magnetisation that is the basis for the electromagnet. It rotated a permanent magnet through which a current would flow prefiguring the electric motor. 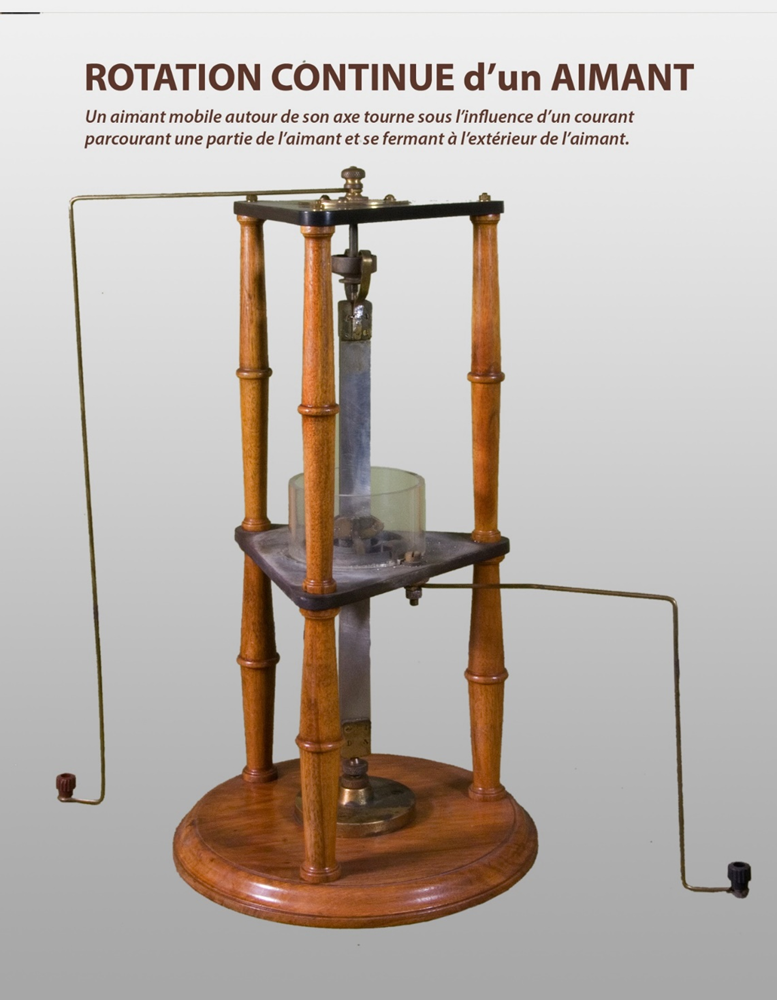 In 1881, the first international congress of electricians held in Paris honoured Ampère by naming ‘Ampère’ the international unit of electric current. In November 2018, at the 26th General Conference on Weights and Measures (CGPM), the Ampere was confirmed as the unit of electric current and one of the seven fundamental units of the international system. Its definition has changed and is now based, as with all other fundamental units, on universal constants. After having been, until May 20, 2019, based on the electrodynamic forces between conductors, the Ampere is now distinctly defined from the definition of the elementary charge of one electron and the second. This new definition makes it possible to implement new realization methods, including quantum technologies, and to achieve accuracies approximately 10 times more precise. 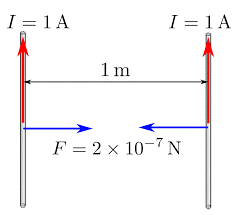 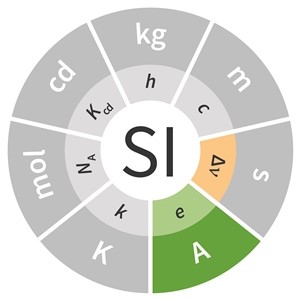 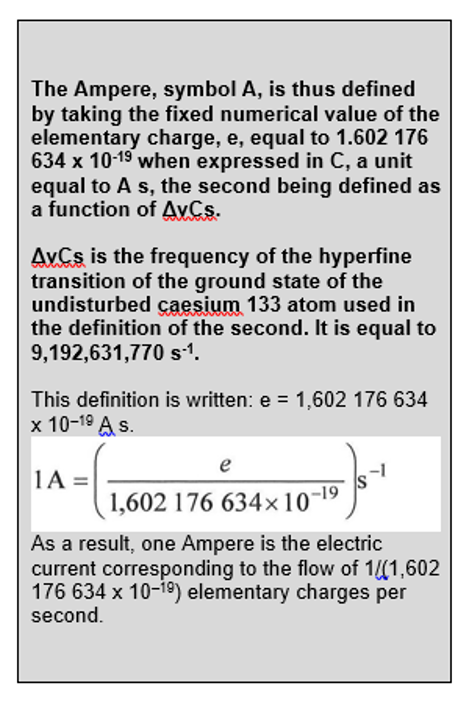 But if the Ampere unit is universally known and used daily, who knows the man Ampere?

Ampère was born in 1775 into a bourgeois family from Lyon (France). His father worked in the silk trade. An erudite follower of Rousseau's ideas on education, he educated André-Marie in complete freedom, without school or tutor.

In 1782, the family settled in the countryside in the Poleymieux estate on the Mont d'Or, about ten kilometres from Lyon.

Ampère took advantage of his father's library, in particular the Encyclopaedia of Diderot and Alembert, to acquire all the knowledge of the time.

His curiosity, his exceptional memory, and his gift for mathematics allowed him to become a teacher of physics, chemistry, and mathematics without ever having gone to school! Appointed to the Ecole Centrale de Bourg en Bresse in 1802, then in 1803 to the Lycée de Lyon, he became a teacher of mathematics at the Ecole Polytechnique in Paris in 1804, and finally professor at the Collège de France in 1824. He was also Inspector General of Education until his death in Marseilles in 1836 during an inspection tour.

André-Marie's youth, free, happy, and carefree, had ended however in 1793 with the death of his father. When he became justice of the peace in Lyon, he was guillotined, a victim of the Terror.

This misfortune was followed by the premature death of his wife in 1803, shortly after the birth of their child Jean-Jacques. Afterwards, and until his death in 1836, André-Marie's sentimental life was a succession of misfortunes, overcome by his friendly relations, both in Lyon and Paris, a deep spirituality, and an intense philosophical and scientific intellectual activity.

In addition to his work as a teacher and his work in mathematics, he was passionate about philosophy until his last day, with the unfinished project of establishing an orderly classification of all knowledge, literary, philosophical, and scientific. For this purpose he created new terms, such as ethnology, cybernetics, kinematics, solenoid,...

A renowned mathematician, but an enlightened amateur of chemistry, from 1804 to 1814, he contributed to the discovery of the simple elements (chlorine, fluorine, etc.), as well as to the "molecular" theory (Avogadro-Ampere number).

From 1814 onwards, he again devoted himself to research in mathematics, in particular the resolution of partial differential equations, with a view to his admission to the Academy of Sciences, obtained in 1814.

Ampère's house and the electricity museum

The Ampère family home, where André-Marie spent his childhood, had an exceptional destiny. The Poleymieux estate on the Mont d'Or, some twenty kilometres from Lyon, was sequestered for the benefit of the Nation in 1793, at the time when the French Revolution sentenced the father of the future scientist to death. Restored to the family two years later, it was passed down - in 1812 - to Ampère, after his mother’s death. He sold the property about ten years later when he settled permanently in Paris. 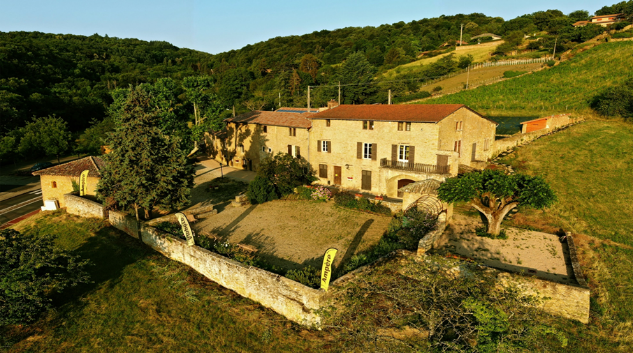 It took a century for the Poleymieux estate to regain the memory of its prestigious owner; on the advice of Paul Janet, a member of the French Academy of Sciences and then director of the Ecole Supérieure d'Electricité, that two wealthy American industrialists, Hernand and Sosthène Behn, founders of ITT, bought the estate in 1928 to donate it to the Société Française des Electriens, which entrusted it to the Société des Amis d'André-Marie Ampère, created to perpetuate the memory of the illustrious Lyonnais. The Museum of Electricity was inaugurated on July 1, 1931 in the presence of President Edouard Herriot and Louis Lumière, the first President of the Société des amis d'André-Marie Ampère.

Readers will be interested in the bulletins of the Société des Amis d'André-Marie Ampère (SAAMA).
See also the website of the Ampère Museum: http://amperemusee.fr/
And the bicentennial site: http://ampere2020.fr/