During the last three years, CIGRE has performed a pioneer quantitative pre-feasibility study on the concept of global electricity network. The study, performed by C1.35, has explored the technical feasibility and the benefits of interconnecting all continents as one key enabler of a global sustainable electricity system.

With the results published in the TB775 [1], the pre-feasibility study shows, within the limits and boundary conditions adopted, the added value of the electric interconnection of all the continents in respect to their current state of mostly isolated power system. Such global electricity network allows optimal exploitation of wind and PV sources from remote location, replacing most of fossil generation, thus reducing the total cost of supply in a deeply decarbonized system. Among other advantages, interconnections help the power system to take advantage of load profiles diversity among time zones, different seasons, and different load patterns, as well as complementarity of renewable energy primary resource availability, thus supporting a balanced coordination of power supply of all interconnected continents.

Thanks to these encouraging results, CIGRE has decided to launch a new working group (C1.44) with the aims, on the one hand to deepen and refine some modeling assumptions, based on the feedbacks received from Cigre community, and on the other hand, to enrich the decarbonizing enablers’ options not only to more interconnections, but also to more storage and more demand response, pursuing the optimal combination of such viable options. In addition, trading rules & governance issues of a global network have been added to the scope.

The study C1.44 considers 22 regions. In this new model, larger regions such as North America, Latin America, Russia, and Africa have been now divided in three parts. This more detailed granularity makes it possible to use more precise values for the potential capacity factors of wind and solar. Moreover, this new model induces the implementation of additional links between the added regions (see Figure 1). 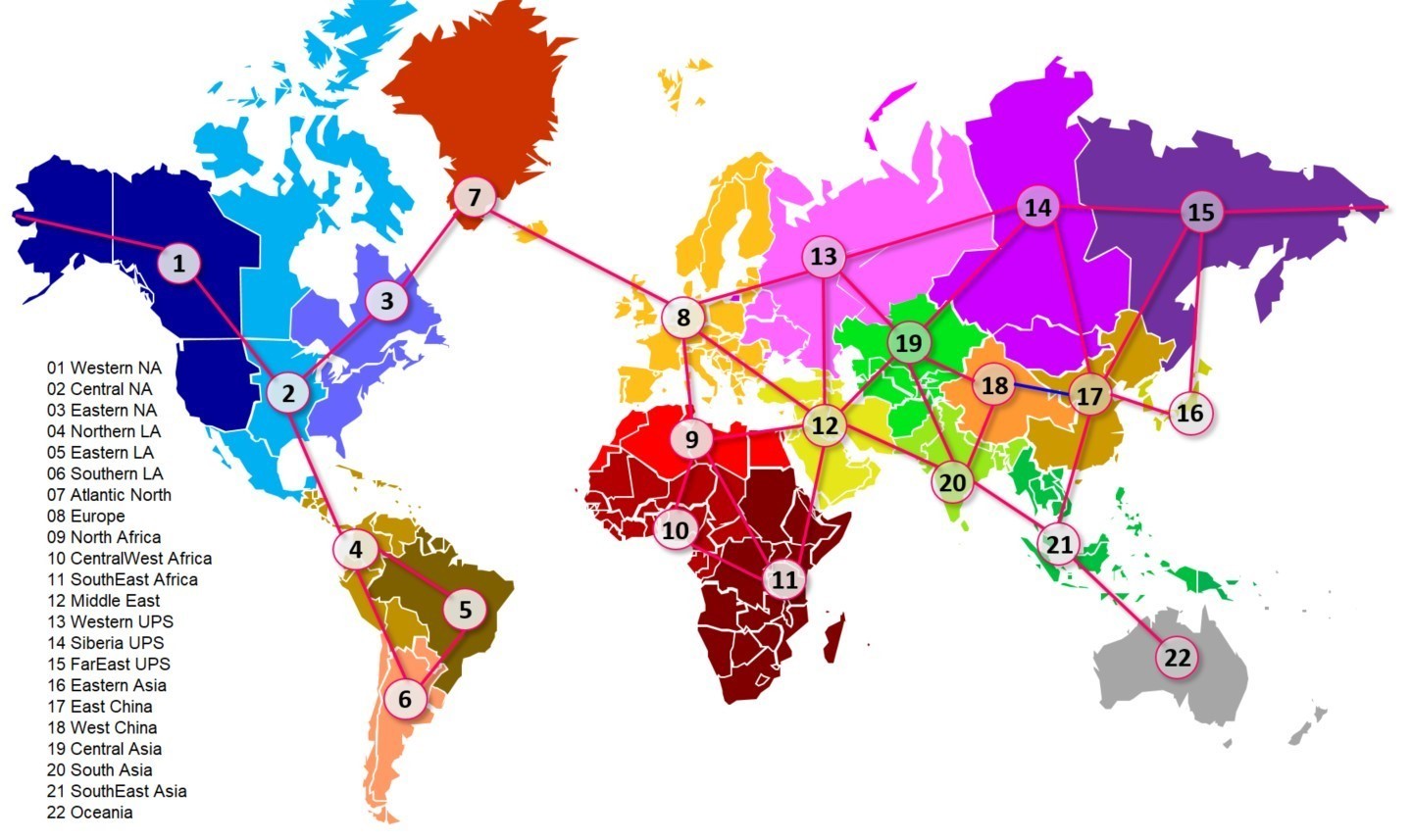 The assumptions for generation and demand are unchanged: total demand is almost 40 000 TWh by 2050, and the total installed generation capacities are around 13 500 GW. Storage facilities are modelled in two activation categories: short-term (4 hours) corresponding to BESS (Battery Energy Storage System), and medium-term (48 hours), corresponding to PHS (Pumped Hydro Storage). While electrochemical batteries are not yet widely developed in the power system, the current installed PHS amounts to34 TWh of energy capacity worldwide, mainly located in North-America, Europe, and East Asia.  The longer-term potential is forecasted in the IEA roadmap 2050 [2].

The demand-response aims at curbing peak load by moving time-of-use of some electricity consumption. This solution reduces the maximum capacity requested and relevant investments at critical periods, as illustrated in Figure 2. 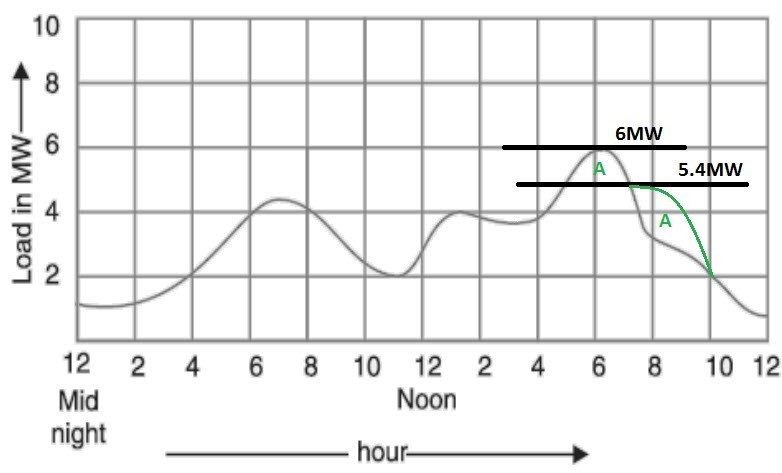 In a European study [3], the potential has been assessed to 10% of peak load shavings, in general. For this worldwide study, two thresholds have been selected: 5% and 10%.

Let’s show what this model means for the African continent. The distribution of non-RES generation capacities follows the “Unfinished Symphony” scenario of the WEC (World Energy Council). Wind and solar capacities are instead output of the model in order to ensure self-sufficiency of each region (reference case = no interconnections).

Tables below show the results of the installed generation capacities, and energy generated by 2050 of the reference case: isolated zones without Demand Response, without storage, without any interconnection.

The corridors selected have been defined taking into account the current density of the network. Thus, the terminal points of the interconnections are either large population centers, or potential places for high generation capacity, as for example Inga Falls in Congo which is a huge hydraulic center.

Thus wind should play the major role in North-Africa, and solar for Central-West and South-East Africa.

The interconnections selected are all in HVDC and mainly in overhead lines with limited portions in Under Sea Cable.

The simulations in progress

As with previous study, the scope is limited to one scenario, consistent with the Paris Agreement targets. The study carries out several cases to assess the impact of different solutions versus the reference case:

The Optimization tool PLEXOS [4], running every hour of a target year, determines the least cost solution for supplying the hourly demand of each region, adding into the asset base more interconnections, more RES generation, or more storage, which is the intrinsic competition being simulated. Hydro reservoir, wind, solar, and residual gas production technologies, necessary for stochastic reserve, are the optimized economic variables together with the interconnections capacities. Nuclear, coal with Carbon Capture Storage (CCS), biomass and hydro run-of-river production capacities are instead imposed according to the reference scenario in 2050.

For the resulting configuration of capacities of production technologies and interconnections, PLEXOS optimizes the unit commitment (hourly use of each plant, hydro reservoir, storage and interconnection) in order to meet the demand at the lowest operational cost. This is achieved by solving an integer linear programming problem.

After a detailed set-up of assumptions and input datasets, as well as a careful consistency check among the configurations and model’s calculation patterns, the run of the model will be analysed and adjusted if necessary; conclusions will be drawn, within the given set of assumptions in such uncertain future situation, to point out the respective role and combination of RES generation, interconnections, storage, demand response. Trading rules and governance issues, of paramount importance for large interconnection projects, will also be analysed, in order to set forth recommendations to make also viable the economically feasible projects.

Draft results shall be provided in August 2021, during the next Paris session meeting.