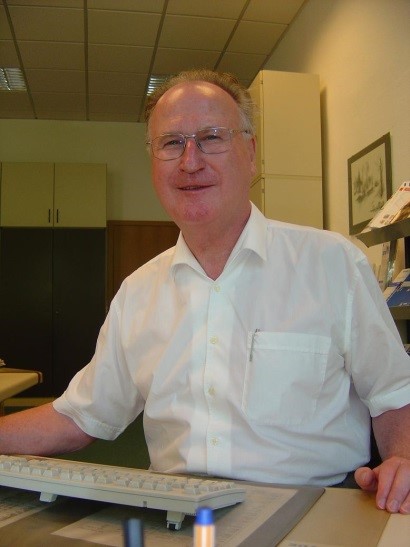 It is with deep regret that CIGRE announces the passing of Prof. Heinz-Helmut Schramm.

Almost his entire professional life, from 1961 to 2001, Prof. Heinz-Helmut Schramm was involved in the development of medium and high voltage switchgear. He studied Electrical Engineering at Darmstadt Technical University and received his degree of Doctor of Engineering from the Munich Technical University. He joined the basic research department of Siemens in 1961, before moving to the Siemens high voltage switchgear factory in 1965.

He pushed the cooperation between IEC and IEEE and as well as between IEC and CIGRE, the harmonization of standards, coordination of studies between the different organizations and user guides for switchgear standards and their background to their creation. Within CIGRE, he promoted greater attention to reliability improvement, lifetime management, diagnostic techniques, and intelligence such as controlled switching.

Prof. Schramm was an icon in our field of work. We appreciated him as a very attentive colleague and a thoughtful host. With his endearing attitude, considerate of all the people around him, he set the atmosphere both in social contacts and in official meetings. Yet, as adept as he was in technical know-how and social skills, he managed to keep people focused and results-oriented at the events he led and attended. He carefully sought a balance between realistic and excessive demands on the one hand, and rational versus irrational considerations on the other.

Prof. Schramm had a broad cultural interest and was accordingly very erudite. His charming wife was a professional musician and her accomplishments as well as her artistic environment were his pride and joy. He enthusiastically followed the urban development of Berlin and proudly showed it to his guests. He was also proud of his home, to which he invited colleagues, for example, to go swimming. Many will remember his personal Christmas greetings and invitations.

He devoted a large part of his life to education. Prof. Schramm enjoyed passing on his knowledge to both younger and older audiences, especially when it came to discussions. He was always willing to help professionals with specific questions, and was not afraid to ask colleagues for advice on difficult issues.

In 1986, he began lecturing on switching operations at the Technical University of Berlin, where he was awarded the title of honorary professor. His teaching there and at various other universities continued into old age. In addition, he supervised bachelor's, master's and doctoral theses. In 2001, he was awarded an honorary doctorate from the University of Pilsen (Plzen) in the Czech Republic.

Prof. Schramm was an honorary member of CIGRÉ and was awarded the CIGRÉ Medal, the highest award of CIGRÉ. He was a member of IEEE-PES, VDE and the German Physical Society (DPG). He was author of numerous publications, co-author of several books and had written a book on "Switching in High Voltage Systems".

His contributions will be well remembered.

On behalf of the CIGRE community, which is grateful for his outstanding contribution to its activities, the officers of the Association extend their deepest condolences to his family and friends.