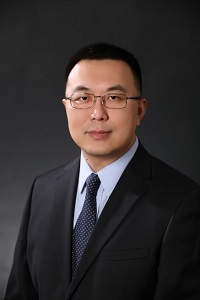 Digitalization technologies permeate modern power systems, affecting all its aspects including electricity generation, transmission, distribution and consumption. The digitalization transformation of modern power systems is developing further, towards the future smart grid. Under the extensive deployment of advanced technologies and applications that systematically interconnect centralized and distributed controllers, sensors, physical devices, and various stakeholders involved in many processes, the future smart grid is extending its functionality by allowing a two-way flow of both electricity and information.

On September 15, 2016, Typhoon Meranti stroke Xiamen, China with measured 2-minute sustained winds of 173 km/h, which caused several transmission tower collapses and resulted in a blackout that affected about 3 million residents. As shown in Figure 1, due to several tower collapses in the Xiamen power grid, the communication and power transmission lines are interrupted concurrently. The remedial control services carried by OPGWs are inaccessible for this emergency situation and lead to cascading failures.

It is noteworthy that the in-depth interdependences of CPPS exist at different layers. From the bottom to the top, the cyber-physical interdependences can be divided into three layers, as shown in Figure 2. The interdependence on facilities is the basic layer reflecting the cyber-physical coupling in elements such as intelligent substations, inverter-based distributed generators and smart buildings. In the topology layer, the transmission network on the physical side and the OPGW-based optical transmission network on the cyber side are strongly interdependent. Besides, the power line communication (PLC) technology also results in the similarity and interdependence of the cyber-physical topologies. Since many advanced information systems are developed for the operation of power systems in the function layer, the energy flow and the information flow are highly interdependent. It also reminds us that we should also pay attention to the differentiated impact of the information flow on the energy flow. 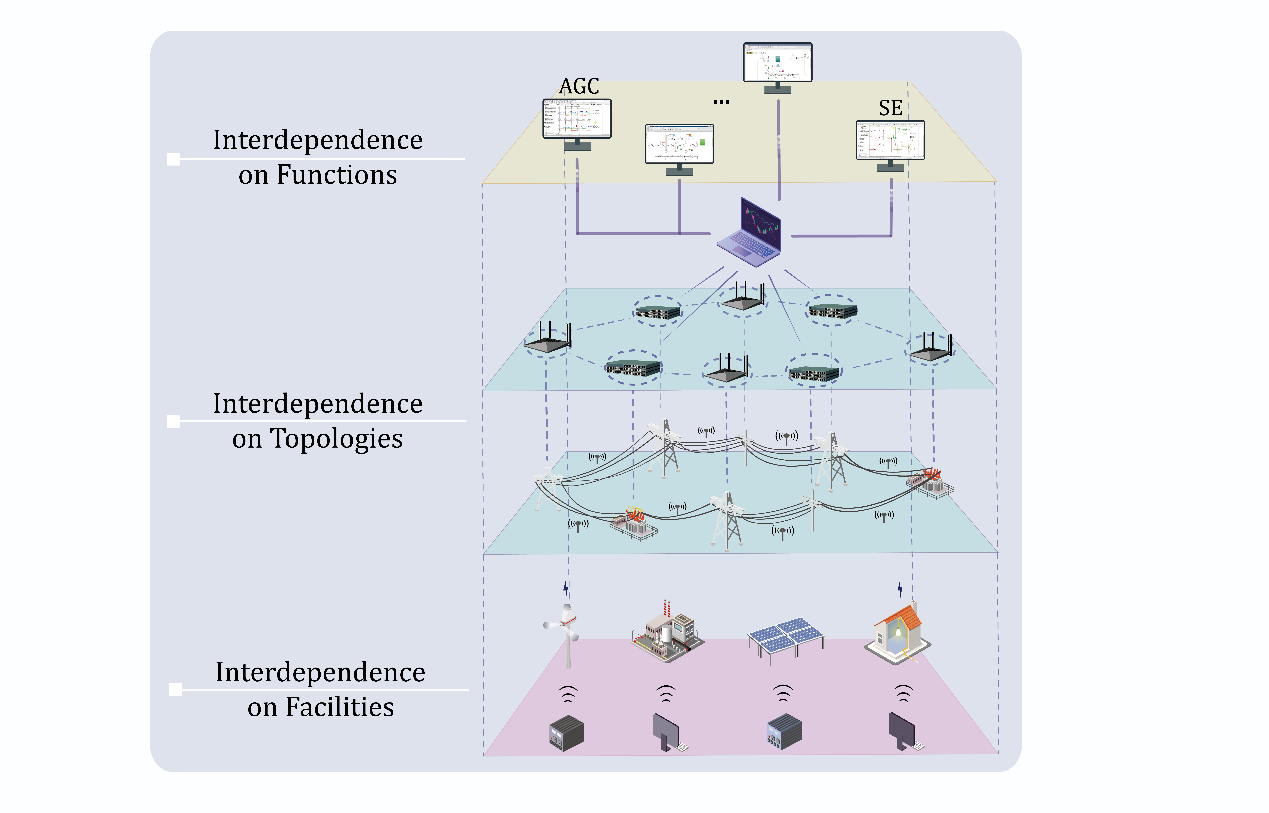 These new features and multi-layer interdependences of CPPS will also arouse challenges and research interests. The existing methodologies are mainly focusing on the physical side or the cyber side respectively and have not paid enough attention to the interdependence and interaction of the two parts. To reach a better understanding of the interdependence and security of cyber-physical power systems, the modeling, operation, and control of power systems should therefore consider the cyber-physical interdependence characteristic. Therefore, this Working Group is proposed to focus on the CPPS’s concept and several critical issues of CPPS, as shown in Figure 3. 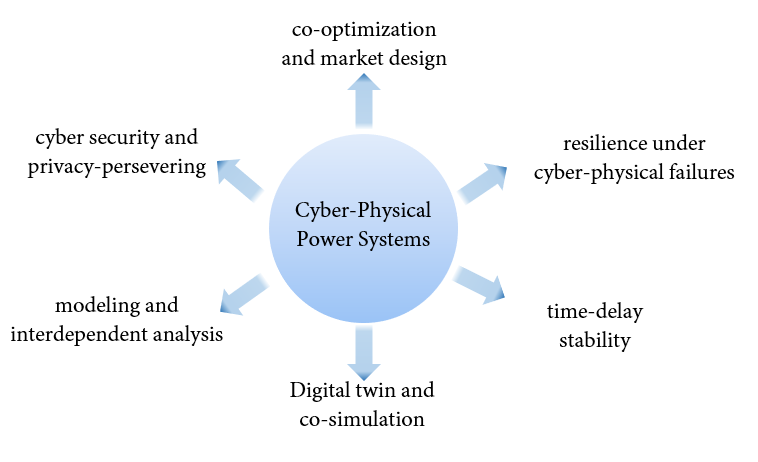 For modelling and interdependent analysis, an integrated cyber-physical model combining the discrete cyber space and continuous physical space is the basis for further research and investigation on the interaction mechanism of CPPS. The integrated cyber-physical model supports the interdependent analysis of CPPS’s security. We aim to explore the current different methodologies for modelling and interdependence analysis in CPPSs, identify the scenarios they apply to, and figure out how to improve their versatility.

For cyber security and privacy-preserving, a massive number of scenarios characterized by collaborative operation among multiple entities have emerged. The coordination of different entities could offer additional flexibility to back up their operation and benefit the optimal allocation of resources on a larger scale, while it also exposes the power system to potential cyber security and privacy threats. For example, extensive demand-side resources are connected to power grids, such as virtual power plants, electric vehicles, smart buildings. Though the power grid is regulated in relatively isolated and secure cyberspace, the cyber systems of these third-party resources are mostly built-in open cyberspace, which makes it more likely to be exposed to malicious cyberattacks and finally jeopardizes the operation of power grids. Apart from cyber security issues, privacy-preserving has also become increasingly prominent. To enable collaborative operation, data exchange among entities is inevitable. However, the entities involved are usually independent stakeholders and intend to not expose confidential data to others, which makes privacy preservation a necessity for future cyber-physical power systems.

For co-optimization and market design, regulating information flow will also affect the energy flow for CPPSs, there is great potential to take advantage of the interdependences of CPPS and explore the complementarity of cyber-physical flexibility. Moreover, for CPPS, the market mechanisms should be considered on both cyber and physical sides. Data sources can be useful for entities to overcome some inconvenience and diseconomy related to information asymmetry or information incompletion. A reasonable market mechanism of data assets for CPPS are needed to be further discussed.

For time-delay effects on CPPS stability, the coupling of time delay in information systems and dynamics of physical power systems will make CPPS dynamic performance and stability problems more complicated. Time delay on the cyber side is the major obstacle to the development of wide-area control systems (WACS) for large-scale power systems and fast-response fully distributed control for microgrids.

For digital twin (DT) and co-simulation, DT technology is an integrated multi-physics, multi-scale, probabilistic simulation of a system that uses high-precision physical models, real-time data, etc. The application of DT in the simulation of CPPS is also beneficial to spot weakness points of CPPSs in the face of various types of cyber threats or cyber-physical coupling disturbances. For precise large-scale real-time simulation and pre-decision-making of complex CPPS, DT toward CPPS- should also be considered in this Working Group.

The WG will aim to publish technical brochures and tutorials and review the current status of CPPS, identifying ongoing significant R&D efforts and potential gaps. The objective of these reports is to serve as a reference for CIGRE members in the field about the latest development and improve their understanding of the emerging CPPS technologies. The WG also expects to publish benchmark standard cases for CPPSs. We welcome the participation and support from experts worldwide to promote the development of modern digital power systems.