Five megatrends (5Ds) will bring about changes to the Japanese power/energy business. These changes are inevitable and irreversible. We call them the 5Ds and they are:

Depopulation is the trend that Japan will likely face earlier than the rest of the world, while the other 4Ds are global megatrends.

The electricity business has existed for over a century. During that time, it transitioned from Utility 1.0 to Utility 2.0.

Utility 1.0 was the mainstream business model until about 20 years ago. It pursues the economies of scale via a legal monopoly and has supported vigorous economic growth – as in many countries - due to aggressive investment.

When the economy shifted to low growth, Utility 1.0 shifted to Utility 2.0. The facilities tend to be surplus under the legal monopoly, so have been switched to an efficiency model based on market principles.

During Utility 1.0, the entire electric power system was thought to be a singular monopoly. To allow for fair competition in the wholesale and retail businesses during Utility 2.0, we unbundled the transmission and distribution businesses to ensure competitive neutrality. Japan is now at this stage.

Utility 2.0 is not the final stage. Electricity businesses will shift to Utility 3.0 driven by the 5Ds. During that process we will experience (1) technology shifts from centralized to decentralized systems accelerating electrification of transportation/heat and (2) new integration to improve productivity and create new value.

PV and EV combined with energy storage are shown as the next technologies that will enter the market. The ‘tipping point’ will occur at some time before 2050.

1In this article, DER means renewable resources such as PV and wind power.

Based on the Paris Agreement, many countries have set targets to significantly reduce greenhouse gas emissions by 2050 (e.g. net-zero emission or 80% reduction).

The Japanese government has stated that, ‘as a long-term goal, we aim to reduce greenhouse gas (GHG) emissions by 80% by 2050’, in the Global Warming Countermeasure Plan (May 2016 Cabinet decision).

Deregulation has brought a shift from Utility 1.0 to Utility 2.0. Now, decentralization is calling for changes in deregulation.

Conventional power plants were able to provide energy (kWh), capacity (kW), and flexibility (DkW – filling the gaps between supply and demand) simultaneously through the wholesale market. Renewable resources such as PV and windfarms have zero marginal costs and but not dispatchable. DERs can supply energy cheaply, but their ability to provide capacity and flexibility are limited unless a massive number of diversified energy devices are used in a coordinated manner.

Digitalization is a trend seen in the entire economy, including the energy field. Many ‘things’ loaded with sensors are connected to the Internet, and business is redefined through the interaction and convergence between the digital and physical world.

A business that provides ‘things’ will transform into a business that provides a value-added user experiences (UX) by utilizing ‘connected things’ as interfaces. Prices for various technologies declined rapidly. This leads to enhanced connectivity and digitalization which accelerates the move of enterprises to the ‘X-as-a-Service’ business model utilizing data obtained from sensors.

The total population of Japan is predicted to decrease 20% by 2050. In addition, the non-urban population is expected to be reduced to less than half in 60% of the country, primarily in the countryside.

What do the 5DS bring?

Electrification is the key

TEPCO Holdings conducted a preliminary simulation-based study of the long-term energy portfolio in Japan through optimization of the suppy and the demand sides considering the DER price drop and GHG emission restrictions.

As seen in Fig.1, the sector-coupling by expansion of renewable energy integration and electrification on the demand side (heat / transportation) will have progressed and CO2 reduction of 80% will be achieved in 2050.

This simulation does not consider capital investment related to grid enhancement and initial cost for electrification. However, it shows that the benefits may be able to recover the investment in grid and electrification. In addition, an electrified heating process will improve the manufacturing productivity, product quality control, and the working environment. 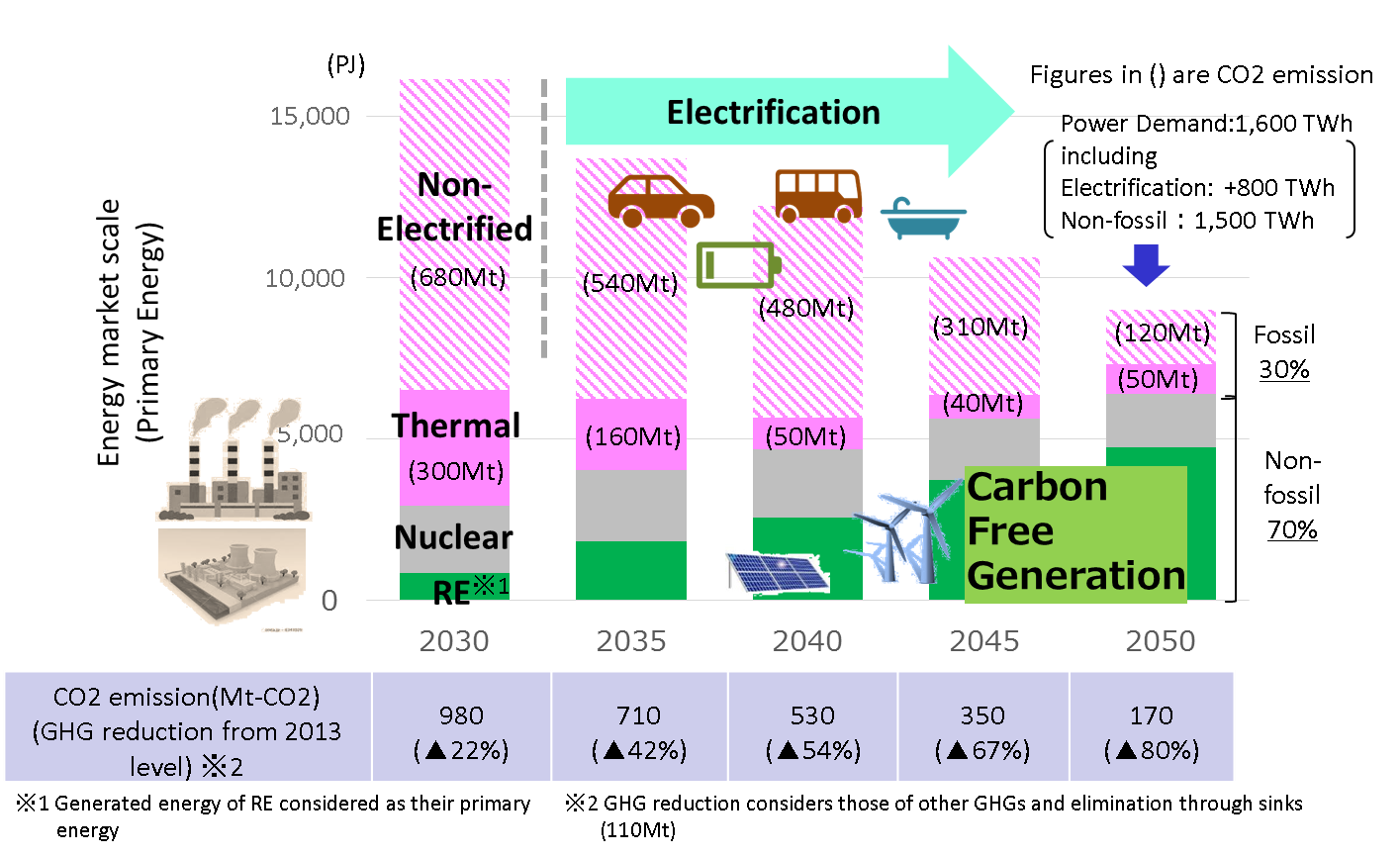 From this preliminary study, we obtained the following observations on the future utility’s role: 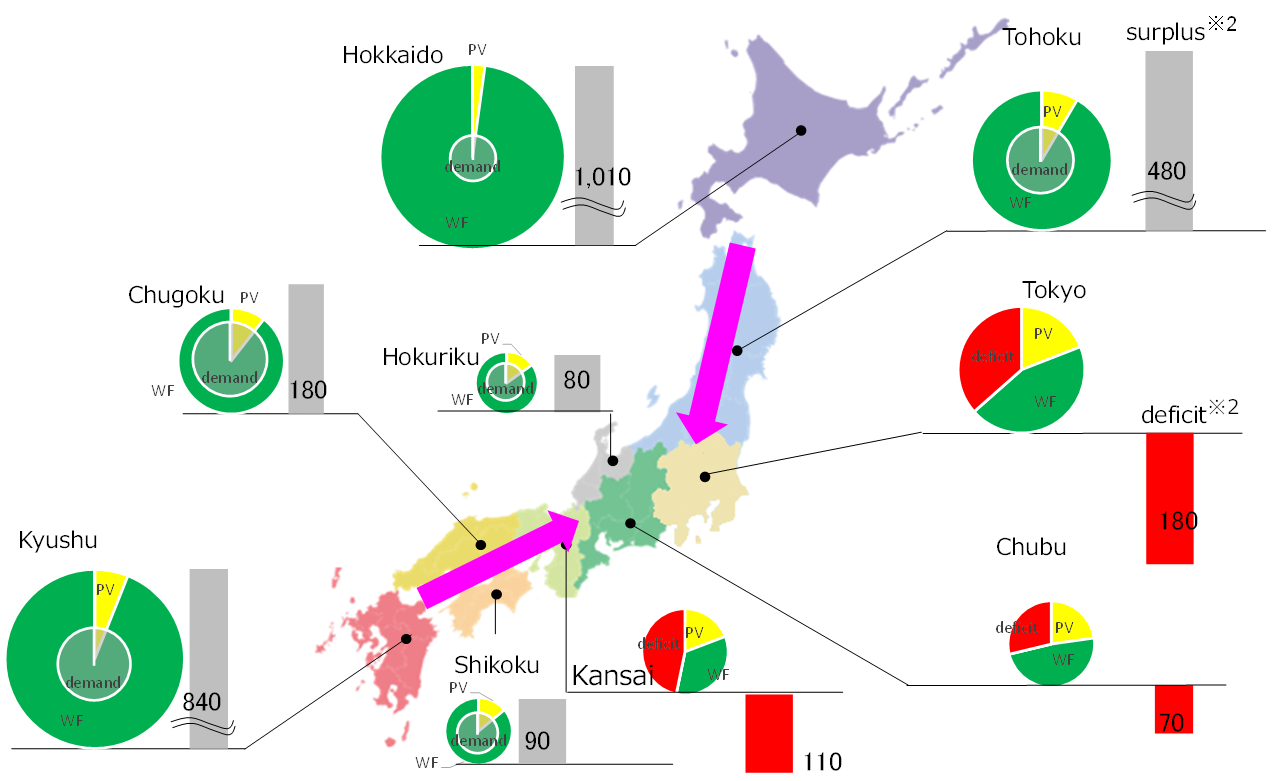 Figure 2. Needs of inter-regional transmission capability enhancement considering the demand and potential of renewable energy in each region. 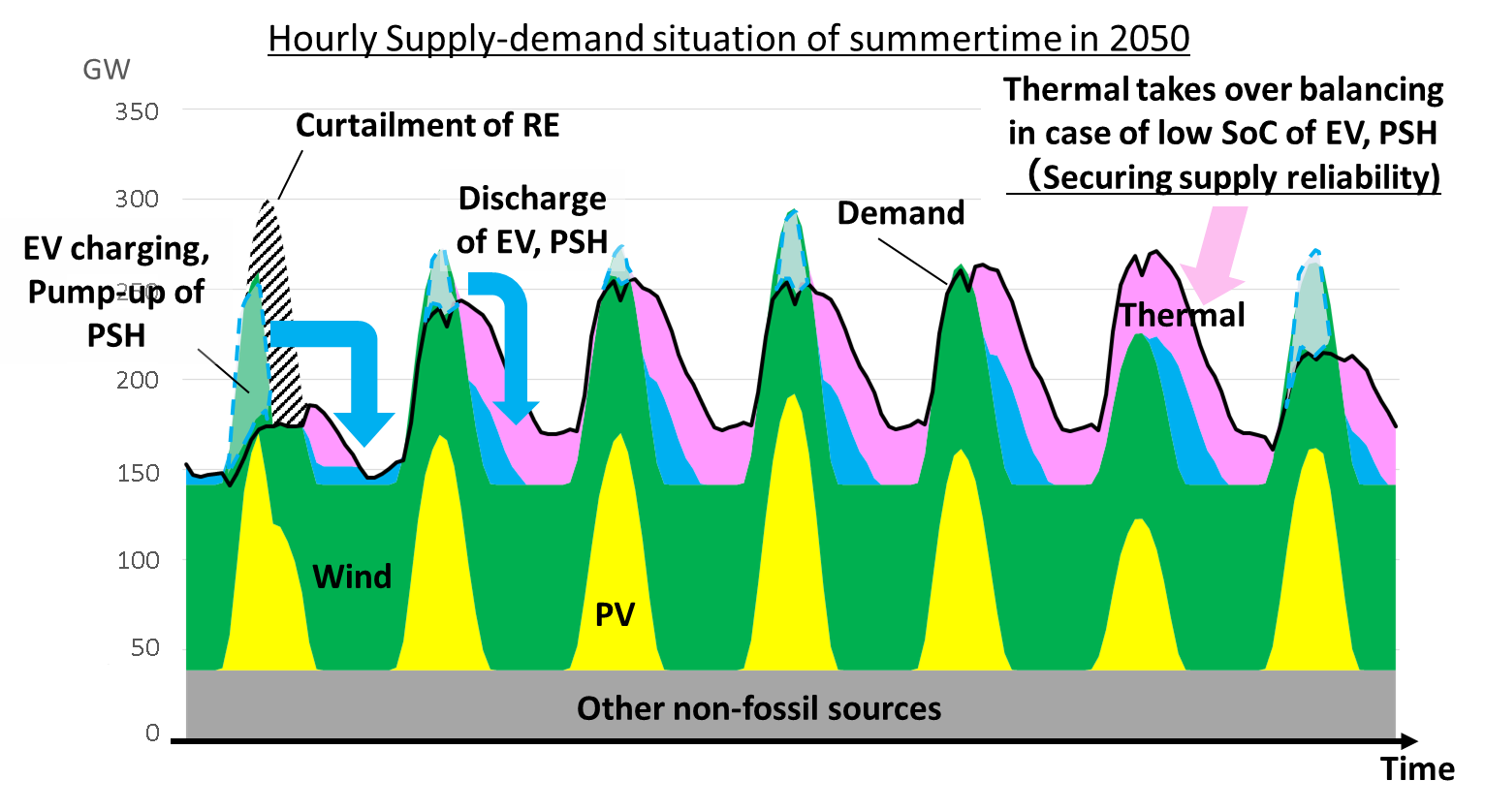 Figure 3. Forecasted supply-demand curve in a week of summertime in 2050.

Focusing on the creation of value in the community where depopulation is progressing, network infrastructure operators will cooperate to form a consortium and become a new public service provider, namely Utility 3.0.

Since a large amount of EVs and drones will become mobile storage batteries, the interdependence between the transportation network and the power grid will be strengthened. In addition, in order to develop a massive number of base stations for next-generation wireless communications, it will be necessary to share infrastructure such as transmission towers and poles.

Therefore, it is important to share these network infrastructures with each other and to consider the optimization of their layout so that we will be able to minimize the total amount of infrastructure in the community.

In order to respond to the future decrease in the number of maintenance personnel, it is effective to share digital solutions such as automated drones and EVs for smart maintenance, and maintenance personnel. Furthermore, by sharing various data including energy usage, it will be possible to provide new value and services to local customers. 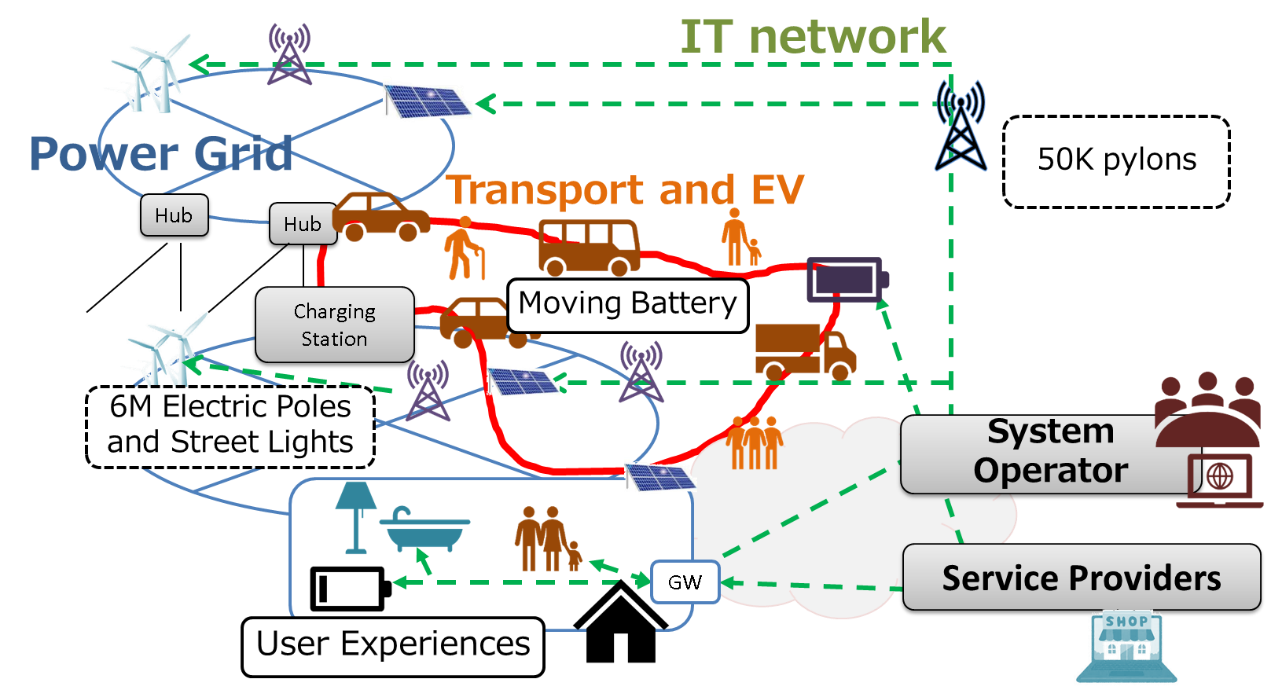 As mentioned in this article, the utility’s future role is expected to increase. In order to solve social issues facing communities, such as improving energy resilience and decarbonization, it is necessary to collaborate with many other infrastructure owners and service providers. Utility 3.0 will continue to contribute to the sustainable development of society as an integrated infrastructure service provider.