Many regions worldwide are experiencing a rapid uptake of inverter-based resources (IBR) concurrent with the retirement of conventional fossil fuel  powered synchronous generation.  The global power industry is needing to develop state-of-the-art assessment methods and practical solutions, to understand and address the complex and new power system challenges presented by the rapid technology transition already well underway. The term ‘system strength’ has emerged to encompass a broad range of issues and their implications on power system operability.

The ability of power system equipment to operate in a stable manner and for the system as a whole to recover intact from major disturbances, is influenced by the electrical ‘strength’ of the system at the point where equipment connects.  Intuitively, ‘stronger’ systems are more tolerant to variations and perturbations in system’s operating state and recover more easily from major disturbances such as faults and the sudden loss of equipment.

System stability (including generating unit stability), protection system operation and quality of power supply are three of the most significant sub-issues associated with lack of system strength.

Historically, the most common system strength issue experienced related to the inability of IBR to ride-through network faults. The range of issues now being experienced has increased and includes what would have traditionally been classified as small signal oscillatory behaviours. Many recent experiences are associated with how IBR recovers from a disturbance and whether or not its post disturbance response is acceptable rather than the likelihood of IBR disconnection.

Post disturbance voltage oscillations sometimes experienced in IBR under low system strength conditions are not only important from a power system stability standpoint, they also have implications on power quality as they could well exceed short-term flicker requirements.

Connection of multiple IBRs in remote areas means a higher harmonic emission onto the network, and at the same time such parts of the network exhibit lower resonance frequencies often with a higher impedance. Low system strength conditions would therefore increase the possibility of harmonic resonances potentially leading to excessive temporary overvoltages.

IBRs have different short-circuit current characteristics compared to those of traditional synchronous generators. This means that operating under low system strength conditions could adversely impact operation of different types of protective relays including current-based, impedance-based and even sometimes differential protection. A requirement for IBR to provide some of the inherent fault current characteristics associated with synchronous machines is currently sought in some grid codes to address some of the protective relays’ mal-operations.

Islanded power systems which include those interconnected by high voltage direct current (HVDC) transmission (which is itself a form of IBR) receive no system strength support from neighbouring regions.  In such systems, low system strength operating conditions can give rise to frequency control challenges, as well as other issues discussed above, due to the phenomena known as voltage induced frequency deviations.

The assessment methodologies and solutions applied for addressing low system strength conditions could be different depending on the timeframe of interest ranging from real-time power system operation to long term planning. This primarily stems from the time taken to design and install new assets or that required for re-tuning control systems of existing IBR.

For short-term power system operation minimum synchronous unit commitment requirements have been developed in some countries to maintain sufficient system strength.  Directions or similar mechanisms may be applied by the respective TSO/ISO when a minimum commitment of synchronous units cannot be guaranteed through the energy dispatch process alone. In instances where synchronous unit operation is inflexible, this action may still be insufficient and would need to be accompanied by a reduction in the IBR output.

IBR interconnection studies focus on understanding the exact system strength requirements for each particular IBR project and the need for mitigation measures. An additional type of study becoming increasingly relevant under low system strength conditions is the investigation of control interactions.  These are highly detailed studies using site specific models at the time of connection.

Considering that rapid technology changes can occur within typical strategic planning timeframes, there is often uncertainty regarding the precise location, type and make of the generation to be connected, and changes to network topology may occur in different stages. As such the use of generic, but sufficiently representative IBR models is often more prudent for this timeframe compared to vendor-specific site-specific IBR models.

The use of appropriate and fit for purpose modelling and monitoring tools is fundamental to assessing and addressing the various system strength challenges before they manifest during actual power system operation. Wide-area EMT modelling is required for assessing most aspects of system strength where phasor-domain modelling may be unable to, for example, reliably predict controller interactions and associated instabilities.

Different network and non-network solutions exist to address the impact of low system strength conditions. These include the use of synchronous condensers, advanced grid-following inverters, modifications to controllers on existing network assets, and application of grid-forming inverters. No solution is necessarily superior to others for all possible applications, and as such there is a need to confirm the relative merit of each technology for each specific application by performing detailed studies.

The global power industry is experiencing an unprecedented change primarily stemming from the increased uptake of IBR. This will require a thorough understanding of definitions, problem manifestations, appropriate solutions, and worldwide experiences relating to system strength. This is critical such that the power system can be planned and operated securely and reliably despite rapid changes in the generation mix and the resulting changes in power system dynamics.

Several simulation results and practical examples are presented in the associated journal paper demonstrating how a lack of system strength can impact on power system stability, power quality and power system protection.

Specific considerations and challenges associated with power system operation, as well as short and long-term planning and similarities and differences between these three time horizons were elaborated on. Lastly, practical examples of solutions implemented in different power systems including the use of synchronous machines, and grid-forming and grid-following inverters were discussed. 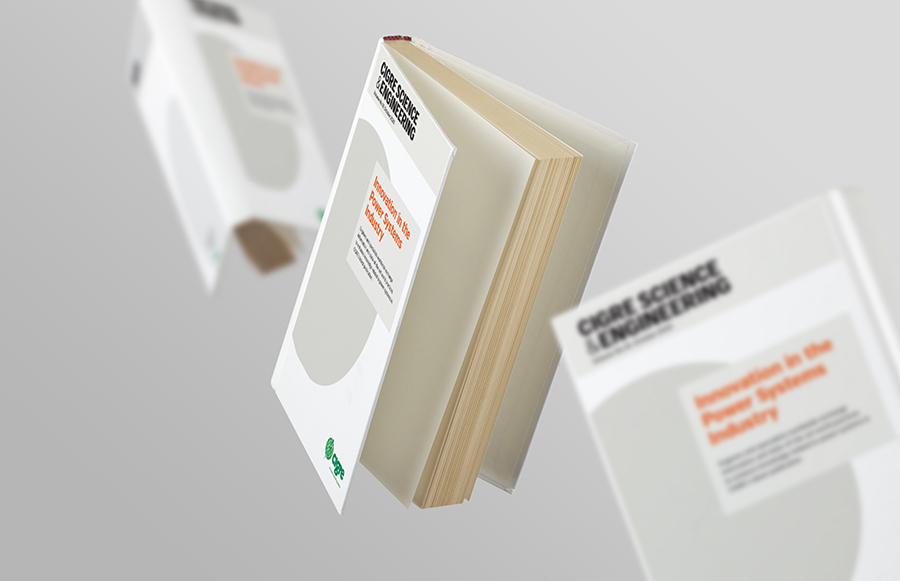 This Reference Paper is a very short summary of a longer and wider paper prepared by a small task force made up of members from SC C4 - System Technical Performance. This paper provides an overview of different aspects pertaining to system strength.

Readers are encouraged to reach out and read the full journal paper in the flagship CIGRE Science & Engineering Journal’s Volume No 20, February 2021 issue.