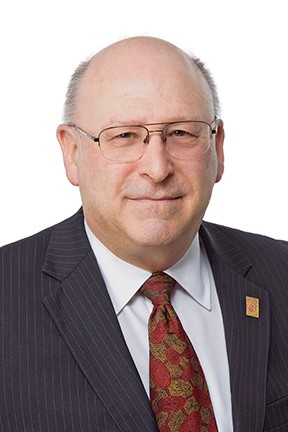 There is significant pressure on the electricity industry to decarbonise their power systems as part of the response by many countries to reduce emissions of carbon dioxide.  CIGRE is supporting industry in examining the methods to connect renewable energy sources with energy uses as part of this process. There are a number of Study Committees with working groups examining the technical aspects of decarbonisation.  Study Committee C5 has contributed with two working groups examining the general issues:

“These policies have contributed to a paradigm shift in how electricity is generated, with a greater focus on environmental sustainability. The successful implementation of these policies greatly depends on the success of power market adaptations to changing fuel mixes.”

The exception is Europe, where a significant carbon price has been enabled, leading to a reduction in fossil fuel generation.

As Working Group C5.21 noted the changes to power markets to integrate renewable energy sources as well as to use renewable fuels will be important.  A number of SC C5 working groups have examined issues related to the issues with integration of intermittent energy sources into the grids.  These focused on how the existing market is changing to manage the intermittency:

One focus for decarbonisation has been to electrify existing gas loads using renewable electricity sources.  This will lead to additional demands being placed on electricity infrastructure, which, everything else being equal, will come at a major cost as:

As a result, there is a focus on how to develop and use renewable gases.

There are a number of renewable gases that could be used to decarbonise the natural gas grid. These include hydrogen and two forms of renewable methane:

Whichever pathway occurs, it will be important that all of the economic costs are reflected in the decisions that are made by policy makers, see Figure 1.

Figure 1 - Trade-off between the commodity, appliance and network costs of electrification as compared to other renewable gases such as hydrogen and renewable methane - Source: OGW Research Analysis

Integration of hydrogen in electricity markets and sector regulation

Hydrogen is considered a renewable gas that can play a significant role supporting the decarbonising of the power system where electrification is challenging including heat, heavy duty transport and industry.  It also has the ability to assist the integration of intermittent, renewable energy.  Key uses of hydrogen in the power system are:

It is also worth noting that the transport of hydrogen on land and by sea is already being tried.  Like LNG, this offers the ability for countries to import renewable energy rather than fossil fuels.

Currently 95% of the hydrogen produced globally is from natural gas and coal gasification (blue & grey hydrogen). This approach will establish the market for hydrogen starting with grey hydrogen and then reducing the emissions content until green hydrogen (renewable hydrogen) becomes cost competitive in 2030. The regulation, trading systems and market mechanisms must be properly established for this challenge.

Joint Working Group C5/C1.35 will gather information about grid connection to hydrogen technology resources and new initiatives for analysing effect on electricity market such as Capacity Market, Day ahead Market as well as market coupling in Commodity market: Natural Gas price in Spot and Forward Market.  In addition, this group will gather hydrogen related information and analyse regulation issues in various countries and continents which currently are established or are planned for the future.

The integration of hydrogen in electricity networks and natural gas pipeline networks needs to consider the economic trade-offs between the alternative approaches.  This means that when considering using gas as a means of decarbonisation there is a trade-off between the:

Certification of the electricity used to produce hydrogen

For hydrogen to be able to assist in decarbonizing the power system, it is necessary that there are no emissions throughout the fuel production chain, that is that only green hydrogen should be used.  As noted above, there may be a transitionary phase where blue hydrogen is used but the emissions should be measured as they are reduced to a low level and, eventually eliminated.

In order for the hydrogen buyer to be sure of the carbon content associated with the fuel, a certification can provide the necessary security to know the fuel's emission footprint.  This requirement is very new and there is no standard on how to certify the electrical energy used in this process.

As hydrogen will have domestic and international markets, it is necessary to standardise how to address this issue for different regional conditions and that there are internationally recognised standards.

Working group C5.36 will recommend attributes that are considered to define hydrogen as green and will also structure the parameters that need to be certified so that it is possible to verify if hydrogen is green or if it has a greenhouse gas emission content.  This working group, while not its primary focus, may also develop standards for the certification of all electricity sources.