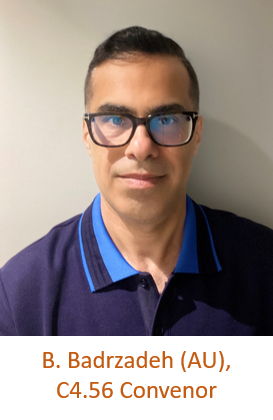 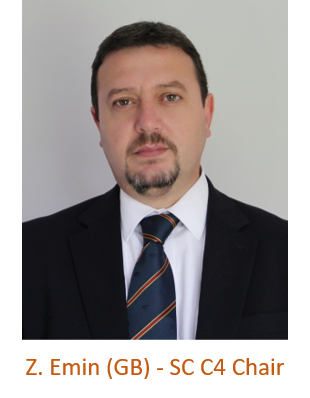 The transition to a clean energy future requires thorough understanding of increasingly complex interactions between conventional generation, network equipment, variable renewable generation technologies (centralised and distributed), and demand response. This transition is shaking up the conventional ways of planning and operating the power system. Fundamental to maintaining power system security, and identifying and addressing the upcoming challenges, is the use of power system modelling and simulation.

Because of the physics of synchronous generation, for several decades power system engineers have been able to use mathematical simplifications to determine how the system will respond to different events. Power system simulation models developed for such applications are referred to as Root Mean Square (RMS) models. They have been used accurately and reliably for assessing most power system technical performance issues of classical power systems from a planning and operations perspective.

These assumptions are starting to diminish as the industry moves to resources utilising more inverter-based technologies, including scenarios with high share of inverter-based distributed energy resources (DER). RMS models of inverter-based resources may be unable to reliably predict instabilities and interactions associated with fast control systems. Control interaction studies are increasingly becoming a requirement for the connection of inverter-based resources in parts of the network with low levels of available system strength. This means that, as the power system has grown to incorporate more inverter-based resources, the industry can no longer rely on the simplified models to the same extent that it has done for decades. More detailed and complex models are therefore needed to understand possible technical performance issues in the power system. This type of dynamic modelling is commonly referred to as ElectroMagnetic Transient (EMT) modelling.

EMT models have been in use for several decades, however, their applications have been primarily limited to small parts of the network and not focused on conventional power system stability phenomena. Several regions worldwide with high penetration of inverter-based resources or those implementing ambitious renewable energy targets have started to develop large scale EMT models for stability studies. Such a modelling approach is being increasingly used for power system planning and operation for the simple reason that the use of EMT modelling allows the unmasking of the real dynamic performance of modern equipment. Comparison of simulated response against measured system response have shown that conventional RMS models in regions with a high penetration of inverter-based resources might either provide an optimistic response or fail altogether to simulate the phenomena of interest.

The transition from conventional power system modelling to more detailed and advanced simulation would mean the need for a higher quantity and quality of data and models. This would imply the need to process higher data volume in a shorter time frame than that is currently feasible.

EMT models can be divided into offline and real-time models, though neither is challenge free with the current state-of-the-art in computing technology and industry practices on power system model development.

Inclusion of a significantly higher level of details generally results in a higher computational burden relative to the RMS dynamic models. Despite this, EMT models and in particular offline EMT models, are being increasingly used in some countries for large-scale stability studies for operational scenarios with a high penetration of inverter-based resources. To address the simulation speed issues associated with offline EMT models, state-of-the-art solution techniques are being progressively developed by software and hardware developers.

The use of real-time EMT modelling addresses some concerns regarding the speed of simulation for offline EMT studies. However, it is understood that the required software/hardware are not currently supported by many original equipment manufacturers (OEMs).

Considering the current limitations of the offline and real-time EMT simulation, this type of analysis has not been commonly integrated in control room environment for real-time assessments. Several initiatives have started worldwide to address these limitations.

The use of hybrid dynamic simulation aiming to combine the advantages of both RMS and EMT simulations has been recently implemented in some commercial power system analysis tools. These include hybrid RMS and offline EMT, or RMS and real-time EMT simulation.

As DER levels grow, their behaviour becomes increasingly significant. The control systems in inverter-based DER may have settings that cause large numbers to act in unison, and the possibility of the mass mis-operation of large numbers of devices during power system disturbances poses a serious risk to system security. State-of-the-art RMS dynamic models of DER have been recently developed. Activities are ongoing to validate these aggregate models against measured system disturbances. Operation under low system strength conditions with reduced levels of synchronous generators and increased uptake of the inverter-based resources would increase the need for EMT dynamics DER models as well as the large-scale inverter-based resources.

There has been an increasing trend in deploying inverter-based loads in the distribution system as well as the inverter-based DER, both of which share somewhat similar characteristics and pose similar challenges to power system planning and operation. The potential modification of the RMS dynamic load models, and their adaptation into EMT dynamic models is therefore expected to become equally important.

A Reference Paper entitled ‘’The need for enhanced power system modelling techniques and simulation tools’’ was published in the flagship CIGRE Science & Engineering Journal’s Volume No 17, February 2020 issue discussing this emerging area in more details. This Reference Paper was prepared by a small task force made up of members from SC C4 – Power System Technical Performance. The paper provides an overview of commonly used and emerging power system simulation tools and techniques, and their applications, ranging from real-time power system operation to long-term planning.