Following the 51st Ordinary General Assembly of APUA ( the Association of Power Utilities of Africa) held on 11 July 2017 in Livingstone (Zambia), Senelec has been chosen as the organizing company for the 20th APUA Congress. This congress coincides with APUA's fiftieth anniversary and will take place from 19 to 24 June 2020, at the Abdou DIOUF International Conference Centre (CICAD) located in Diamniadio, some thirty kilometres from Dakar. The congress will see the participation of all the electricity companies of Africa, international partners and experts who will debate and exchange on the following theme: THE NECESSITY OF A PUBLIC SERVICE AND THE PERFORMANCE OF THE AFRICAN ELECTRICITY COMPANIES.

This 20th congress will mark an important turning point for the Association, which is celebrating its 50th anniversary, but also for Africa's electricity companies which, for the most part, will have reached the age of maturity after having gone through several crises and institutional reforms. The number of participants in the Congress is estimated at 1000. 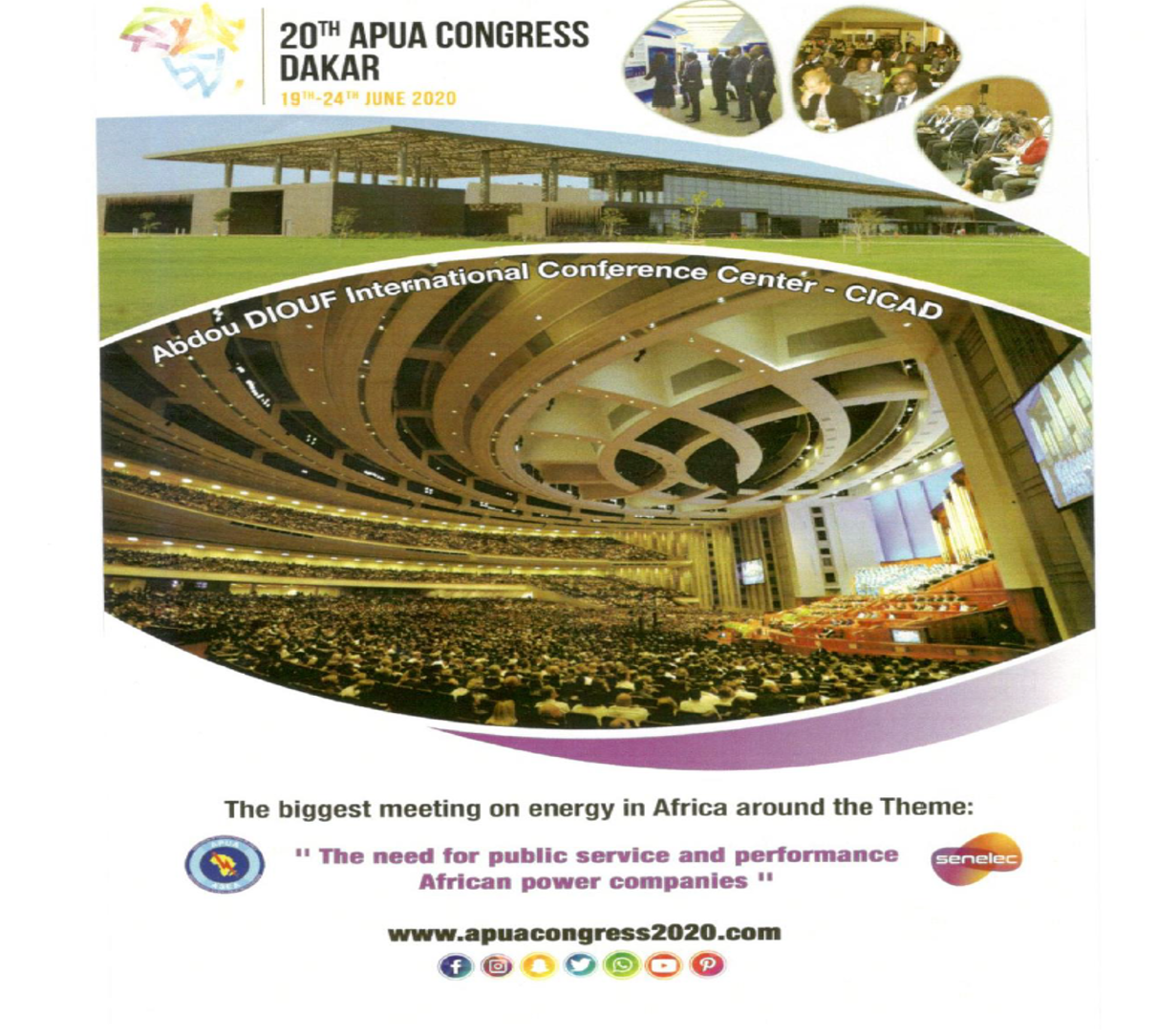 Be prepared for the future! More >